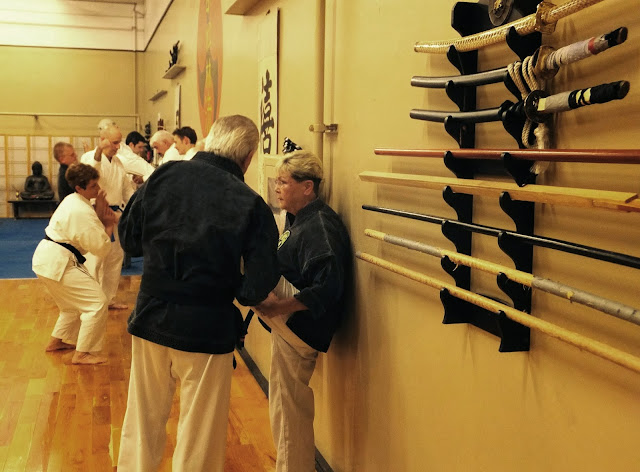 Fox 10 News from Phoenix visited the Gilbert-Mesa Karate school to see what a traditional Okinawan school was like. They were very impressed by the power exhibited by the martial arts students as well as all of the traditions. Our students are from all around the valley including Chandler, Gilbert, Mesa, Tempe, Phoenix, Scottsdale, El Mirage and Florence.

Fox focused on two grandparents who recently were promoted to 2nd degree black belt and certified as sensei (martial arts instructors) - both whom spent considerable time in Japan and had trained in the martial arts for more than a decade. The FOX 10 interviewer and camera team taped a class of martial artists training with tonfa (side-handle okinawa batons) and video taped self-defense applications of nunchaku vs. tanto (knives).

We had a great time with the Fox 10 news crew from Phoenix and hope to see them again someday.
﻿﻿